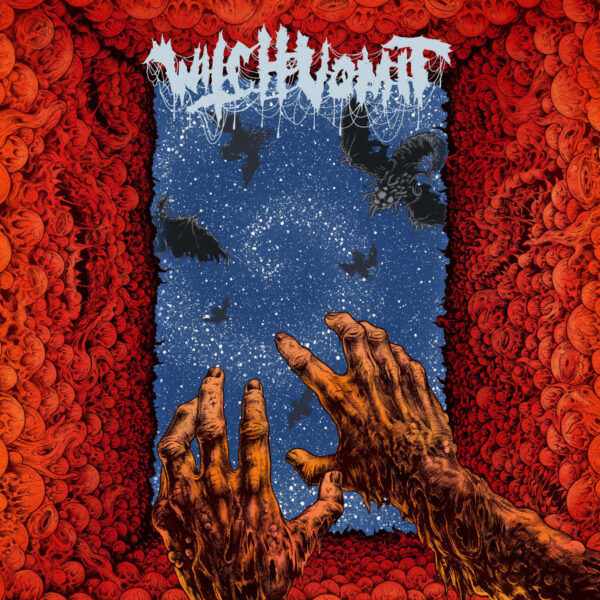 The subtly-monikered Witch Vomit from Portland, OR offered THEE obscure gem of the 2016 Death Metal underground with their A Scream From The Tomb Below full length. Many took note, and now 20 Buck Spin offers the first bloody taste of a new partnership with the band in the ‘Poisoned Blood’ MLP.

Offering four new tracks + intro over 20 minutes, put simply, ‘Poisoned Blood’ is one of the most brutal recordings to come out of the Northwest in recent memory. Ranging from blasting Deathgrind, foul Finnish obscurity and liquified cannibalistic necromancy, the riffs on this MLP bubble up like slimy green rot leaking from crypt walls.

Though the core membership of Witch Vomit also perform surgeries for barbaric persecutors Torture Rack, and the two bands share a propensity for blasting storms of seared flesh chunks and glistening old guts, Witch Vomit is mixing its mashed bone stew with a wider array of viscera, melting brains with ancient violence and intensity.