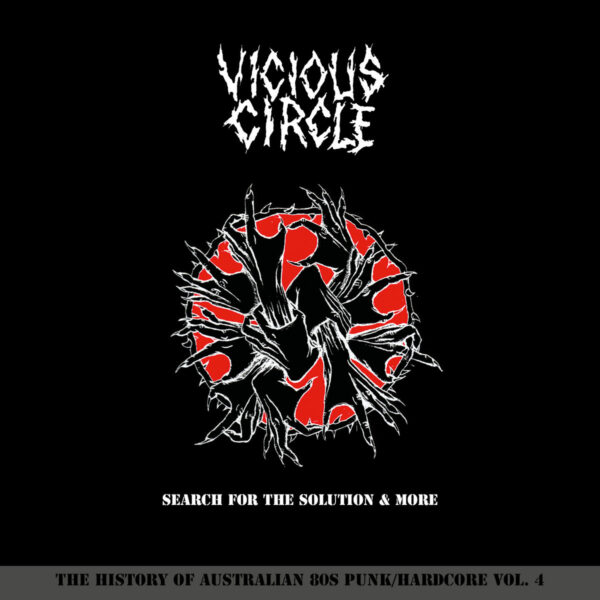 The third part of the Vicious Circle Discography contains on side A the songs from the Split LP with Youth Brigade as well as the tracks from the “Search for the solution” 7″ EP. Side B contains the songs from the “Circle of the Doomed “Tape recorded in 1984, the tracks from the “Hope and Wait” MLP recorded in 1987 and the 1st EP “Search for the Solution” released in 1985, plus two tracks from 1989. The second LP has live recordings from the 1985 — Live at The Prince Of Wales, 20 raw tracks from the early Vicious Circle era. Awesome soundboard recordings remastered by Paul Lindsay. The third and last double LP includes also a 12 sided colored booklet with a lot of information’s, live photos and other fine artwork stuff.