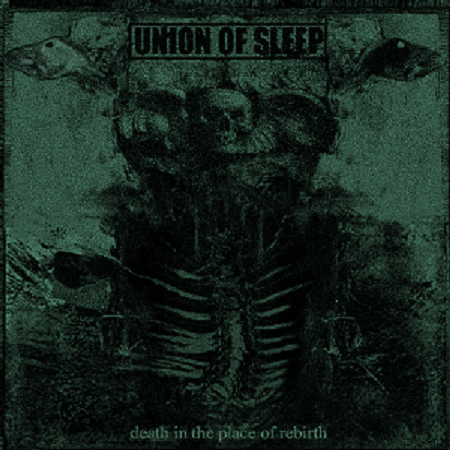 UNION OF SLEEP – Death in the place of rebirth LP

After last year’s self-titled debut, UNION OF SLEEP deliver their 2nd release death in the place of rebirth”. Yet again they dish out uncomplicated, riff-based songs and solos which are obviously rooted in rock, but they come with a doom-metal, sludge and even a hardcore edge. Ruder and more decisive, this record punches like a steam hammer! Besides the essential sludgy, heavy riffs and fucked up atmosphere, you will discover a lot of subliminal grooves, too. Be aware of eight beastly fuckers, raw and crude, from the lowest instincts of mankind. Comprehensive yet refined, the union of extreme influences, instinctual prowess and rugged beauty on “death in the place of rebirth” is nothing less than impressive. If you have any sort of neck, “death in the place of rebirth” will force movement out of your head – in an up and down motion. Tech-metal freaks and hipsters alike will pretend to hate it, but they’ll be missing out one of the year’s best albums. Imagine THE MELVINS committing fornication with NEUROSIS and you’ll get a slight idea of what it’s about. LP comes with 350gr thick inside-out cover, and inlay.