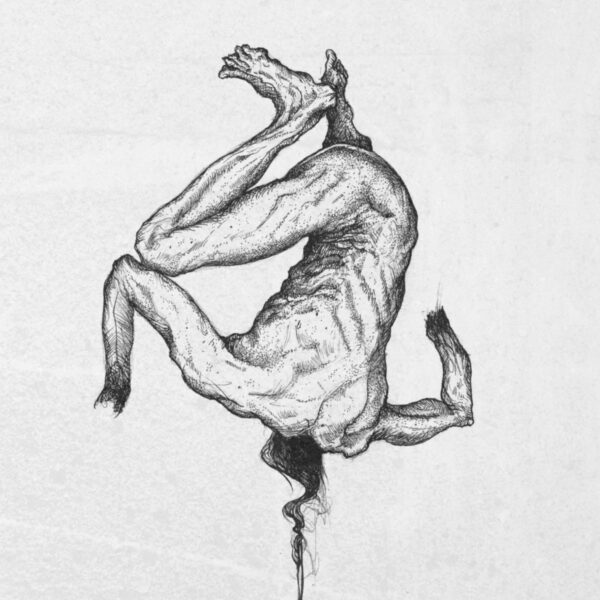 This is a split between two black metal bands that I hold in very high esteem; Paramnesia from France, and Ultha from Germany.

Paramnesia are the first band, offering up a 20-minute track named VI.

Like their previous work, such as their split with Unru, the band deliver epic black metal, forged around a core of frozen might, and expanded with progressive, atmospheric, and melodic components.

Paramnesia’s blistering delivery is ramped up in intensity by the needle-thin screams of their singer. Around these slices of venom, entire architectures of emotive blackness spring up and die down at the whim of their creators.

Sometimes the band will craft these structures from blasting extremity, while at others the pace slows and time is taken to explore different atmospheric avenues. Introspective, lonesome post-metal-esque sections appear too, showing that the band are adept at shaded, reflective delivery as well, before inevitably unleashing Hellfire once more.

Whatever they’re actually doing on this song though, it’s effective and extremely enjoyable.

Ultha’s debut album Converging Sins was so hideously impressive that it rather quickly achieved a prominent position in my end of year best of 2016 list. Now that I have had the time to process it even more, it would have placed even higher.

The band’s contribution to this split – The Seventh Sorrow, 18 minutes in length – shows Ultha have lost none of their talent for highly-engaging music. The Seventh Sorrow is atmospheric and fiery, with gripping melodies and dark mood both present in abundance. With equally abundant bleak melancholy and in-depth emotive content, as well as crazily infectious guitar parts, this song demonstrates firmly that the quality of the material on Converging Sins wasn’t a one off.

Ultha remain one of my favourite atmospheric black metal bands. On this split they, and Paramnesia, have created something extremely satisfying and worthy. This is a 38 minute, high-quality, high-value split, one which you must seek out at your earliest convenience. ( wondderboxmetal)