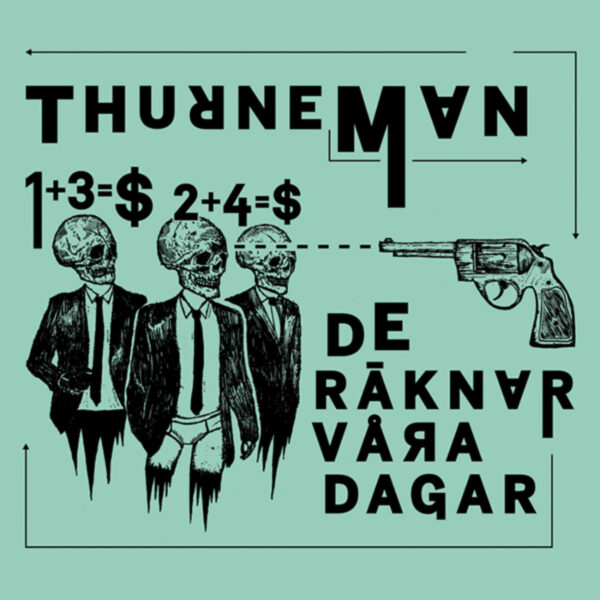 So, after numerous 7s over the past several years (including one on Sorry State way back in 2010), Sweden’s long-running Thurneman finally give us their debut full-length. If you haven’t heard them before, the basis here is stop/start hardcore punk that will certainly remind you more than a little bit of a much, much better-recorded version of Land Speed Record-era Husker Du. However, Thurneman are much more than a sound-alike band; in fact, I’d argue that they’re much more than a mere hardcore band. Despite the fact that much of the music contained on this LP is indeed hard and fast, there’s something in this band’s DNA that sounds more authentically like first-generation hardcore bands. Like bands such as Wire, the Urinals, and the (early) Minutemen, if Thurneman is hardcore at all it’s merely because they’ve pushed minimalism and aggression to their logical end points. You can hear that on tracks like “Tvång Hit Och Dit,” “Lurad,” or “Tjernobyl En Gång Till.” These are tracks not built around riffs that are meant to sound like Pick Your King, but simple and interesting intertwining parts played at lightning speed and with stop-on-a-dime precision. Doubtless this will appeal to the loud and fast set, but like I said it’s more than that. Highly recommended.