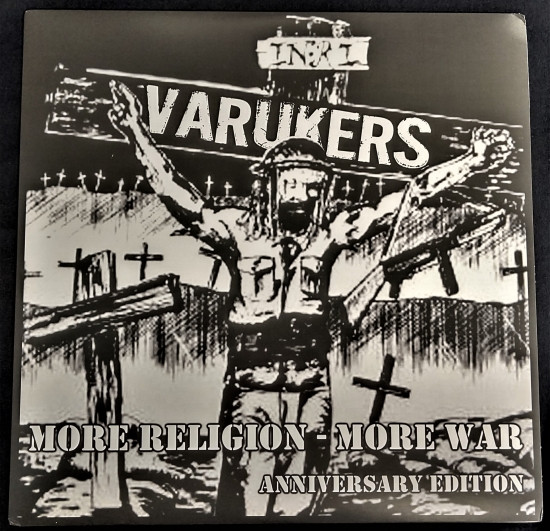 THE VARUKERS celebrate their 40th anniversary as a band. What a reason to celebrate!
Classic, political UK riot punk and en par with their contemporaries DISCHARGE.

“More Religion More War” is the jubille edition of the amazing 12″ that was originally released on the now legendary Riot City Records in 1984.