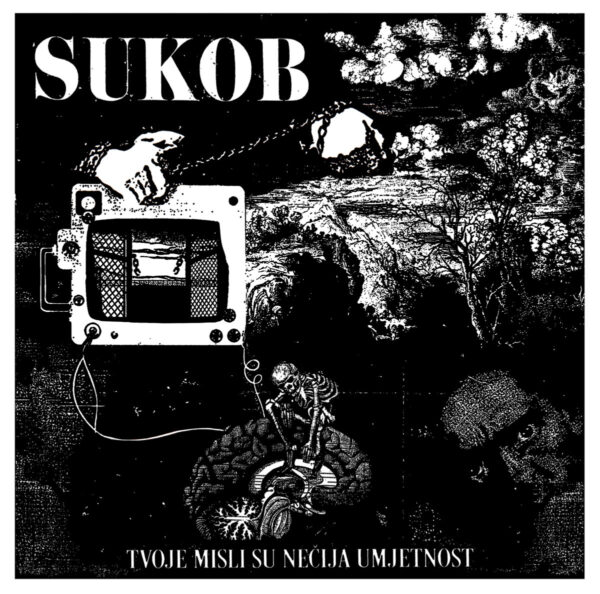 Although Sukob (Conflict) is a relatively new band, some of their members were involved in a bunch of local hardcore punk and anarcho punk acts for longer than two decades.

“Tvoje Misli Su Nečija Umjetnost” (Your Thoughts Are Someone’s Art) is their debut mini-album filled with ten honest, raging and uncompromising gems inspired by living in this part of the world. Musically we could place them somewhere along the spectrum of early sharp & punishing Pig Champion’s rapid fire riffage and fist-pumping Scandinavian hardcore with hints of Celtic Frost-ish midtempo drives. When you spice that up with unique desperate & pissed off vocals you’ll got a hell of a fresh sounding raw hardcore punk record! Turn this one up loud!

Recorded, mixed and mastered by Ivan Jakić. Artwork by Bodež.