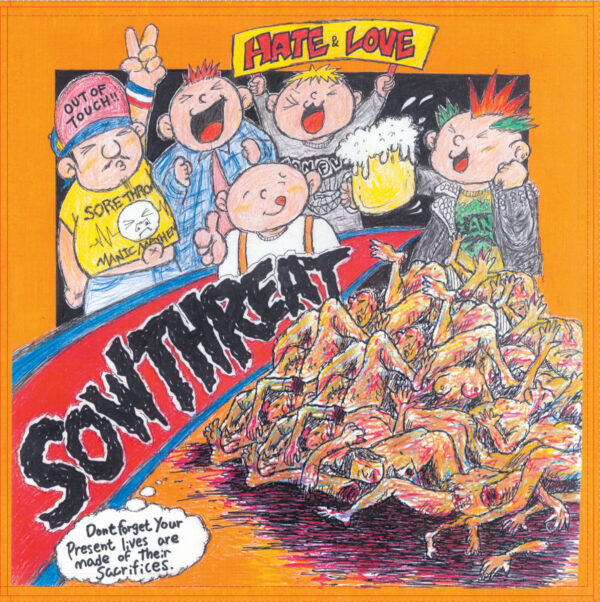 Tucked away in Okinawa Japan, for almost a decade Sow Threat has been pumping out some of the most rambunctious and explosive crustcore in the game. I was an instant fan based on the first demo tape, with their spirited execution of “crustcore” that’s firmly rooted in the classics (Extreme Noise Terror, Doom, Sore Throat, Napalm Death) without devolving into a noise-not-music crasher crust spectacle. And it’s with great joy that we can put their incredible debut album onto vinyl, remastered and with new art/layout than the CD version on Straight Up Records.

Some bands turn this style into a monotonous brutality, Sow Threat manages to write compelling songs and create a dynamic and engaging album. Some bands lack the appropriate energy and aggression to do this style justice, Sow Threat plays with a reckless intensity that oozes charisma and personality. Some bands are just plain too fucking metal, Sow Threat captures everything in a wonderfully raw (but not noisy) production that sounds straight out of classic 90’s Nabate/Skuld/Profane Existence catalog.