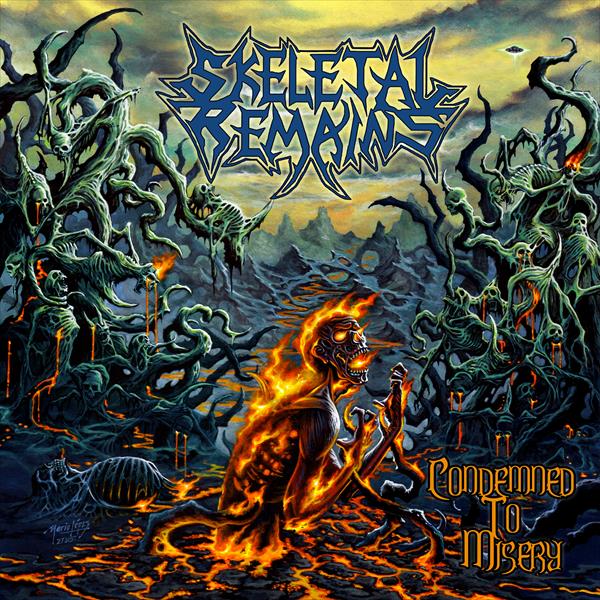 Half a decade since its initial release Century Media re-releases “CONDEMNED TO MISERY” on CD and vinyl with remastered sound! Three years after having released their studio debut album SKELETAL REMAINS dropped their second kick-ass Death Metal album. This is a Must-Have for fans of well-groomed Oldschool Death Metal. “CONDEMNED TO MISERY” will be re-released on May 21st and will be available as Ltd. CD Edition (+ 4 “live in Tokyo 2016”-tracks) and Gatefold LP (180g vinyl).