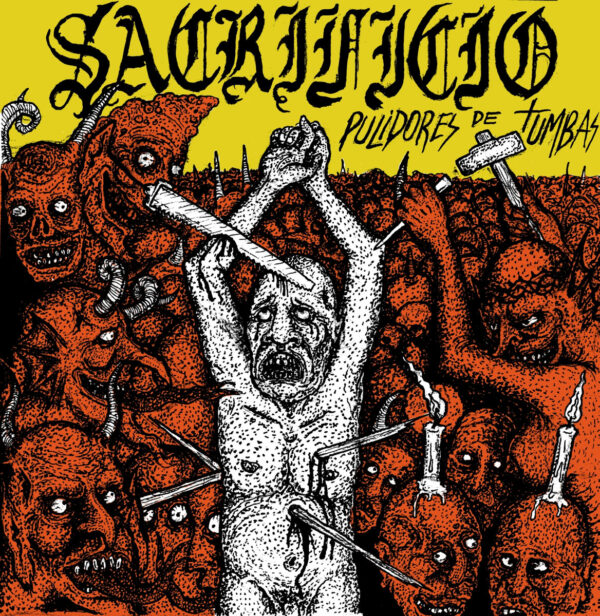 Mexico City has maintained one of the most exciting punk scenes in the world for the past few years. From SPHC fam like Muerte and Inservibles to inspiring groups like Anti-Sex and Riña, we always have one eye on what’s happening ‘south of the border’. Of course Sacrificio doesn’t escape our attention. They made our ears perk up with their self-released 2013 demo tape, they made our heats beat faster with their 2014 debut 7 on Cintas Pepe Records, and now they’ve got our fists in the air with a powerhouse first album.

Sacrificio play hardcore punk the way it was meant to be played: straight from the heart by way of the gut, full of character and attitude, without pose or copying. On this LP, they’re at their fastest, with their most complex arrangements and dynamic songs yet. In that sense, I am almost reminded of Swedish bands like Raped Teenagers and G-Anx, but Sacrificio is way more aggressive and unhinged.

Fall in love with punk again. =)