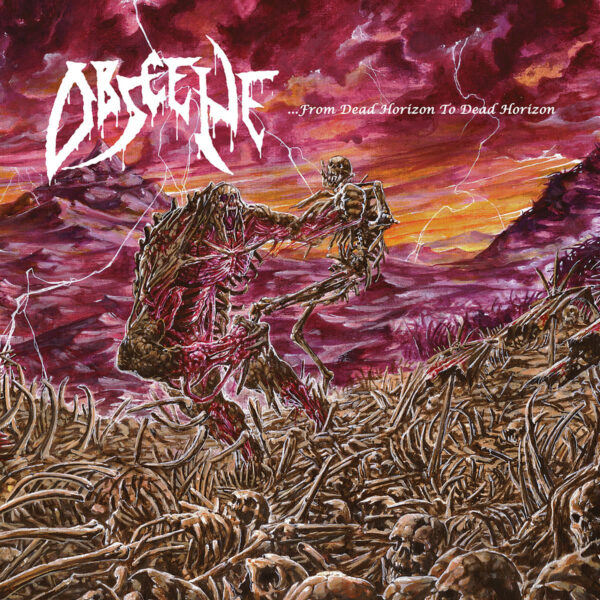 The CD and tape versions will be released on May 27th – in time for the band’s upcoming U.S. tour with Morta Skuld – while the vinyl version will follow on August 5th.

Conjured in 2016, OBSCENE are a death metal quartet from Indianapolis, Indiana. Following their Sermon to the Snake demo in late 2017, they quickly caught the attention of Sweden’s BLOOD HARVEST, who reissued the demo on cassette and digital formats in early 2018. 2020 saw the release of OBSCENE’s debut LP, The Inhabitable Dark. The record, earning year-end accolades from the likes of Zero Tolerance, Invisible Oranges, Grizzly Butts, Last Rites, etc. continues to garner praise of fans and critics internationally. 2020 prevented OBSCENE from performing live; in 2021, the band resurfaced for successful festival appearances at Tri State Terror and Full Terror Assault alongside acts such as Nunslaughter, Wraith, and Bat as well as a Chicago crusher with Skeletal Remains and Molder while resuming writing and recording …From Dead Horizon to Dead Horizon.

Now 2022 sees the release of that highly anticipated second album, ….From Dead Horizon to Dead Horizon. Recorded by engineer Noah Buchanan (Midnight, Nunslaughter) at Mercinary Studios and mastered by Dan Swano (Bloodbath, Hail of Bullets) at Unisound AB, the follow-up to the band’s critically acclaimed The Inhabitable Dark full-length is as bulldozingly devastating as it is infectious and memorable. Far and away their most surgical performance to date, …From Dead Horizon to Dead Horizon bursts at the seams with world-eating rhythms, barbaric riffs, and pained howls at the moon. OBSCENE don’t care about reinventing the wheel; rather, they opt to keep the faithful wheel turning. The album is suitably adorned with the cover art of Skadvaldur (Coffin Rot, Ripped to Shreds).

To kick of the release of …From Dead Horizon to Dead Horizon, OBSCENE will be touring the United States in support of Morta Skuld. And the wheel keeps turning!