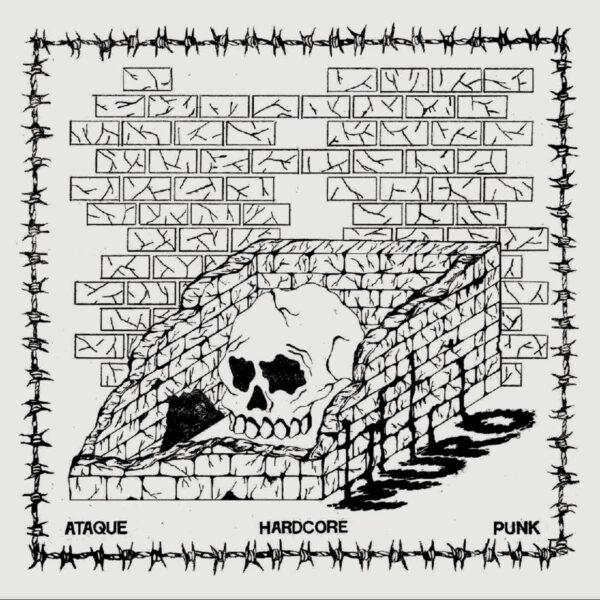 What is there that can be said about Bogota, Colombia’s MURO that can even remotely rationalize the true force of nature that they are both in the recorded setting and as a live entity? The initiated know the deal but for those that don’t… welcome! Originally released by the outstanding Nordic based Byllepest Distro label in 2017, the “ATAQUE HARDCORE PUNK” 12″ was repressed for the band’s explosive appearance at NOT DEAD YET 2018 and the Canadian tour that followed shortly thereafter. Channeling the ferocity of other regional greats while contributing a take on the genre that is undeniably all their own, Beach Impediment Records is honored to aid in the North American advancement of this modern day South American hardcore punk classic. This repress of the record comes in a DIY style paper sleeve which was screen printed and assembled by the members of MURO at their Casa Rat Trap Collective in Bogota and a zine containing various photos, original art and the lyrics with translations. Limited to 300 copies on blue vinyl.