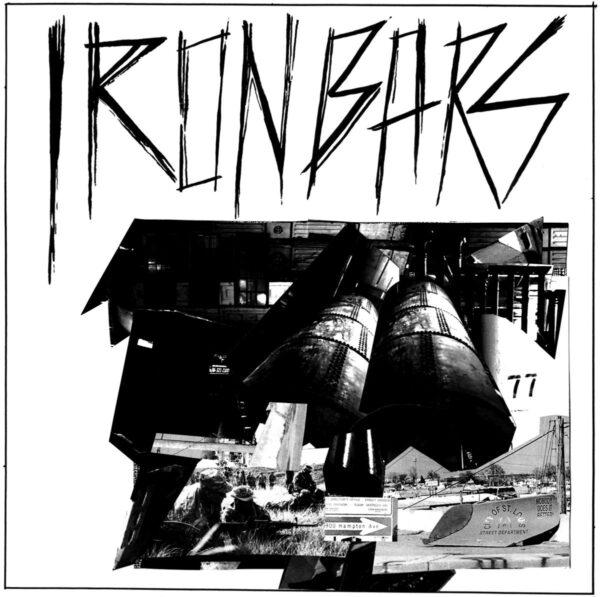 I have always championed the inclusion of newcomers in bands. Most of my bands in my life have featured members either new to an instrument or new to playing in bands altogether.

But sometimes it’s best to just put a bunch of seasoned veterans together and leave them to their own devices, their own irreplaceable skill sets built from years of dedicated work, and let them work without any impeding or settling.

Enter Iron Bars. Three guys from every St Louis band I value in the last few years, with a mission statement to create a great USHC record of an ilk whose trend has come and gone since the years of No Way Records but whose vitality and appeal is timeless.

The 2017 demo shocked my system with its perfect storm of influences to create 4 songs of Nine Shocks Terror-esque hardcore, and I immediately offered to do a record for them. This 2018 LP sees Iron Bars taking a slightly broader influence, the foundation of Nine Shocks Terror remains intact but the arrangements and wild guitar leads recall RKL and the anxious and reckless aggression bring Deep Wound to mind. Add in a prerequisite slow dirge or two, record it with Amos (Tenement) in his Appleton WI studio, and we’ve got my favorite USHC record of the past few years.