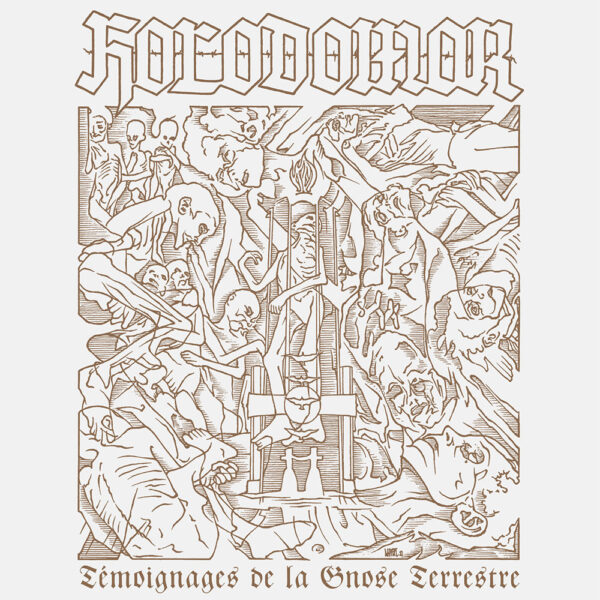 Three years after Holodomor’s obituary was issued, the project’s debut paroxysm “Témoignages de la Gnose Terrestre” is finally due out for its vinyl release. This exclusive limited offering on white vinyl is accompanied with a stark ascetic booklet design (courtesy of Mentalporn), all adorned with M. Tinnemans’ masterly artwork in monochrome copper print.

This release is a response and tribute to all the voices who evoked the spirit of Holodomor during its corporeal absence since summer 2012.
“You must be ready to burn yourself in your own flame: how could you rise anew if you have not first become ashes?”