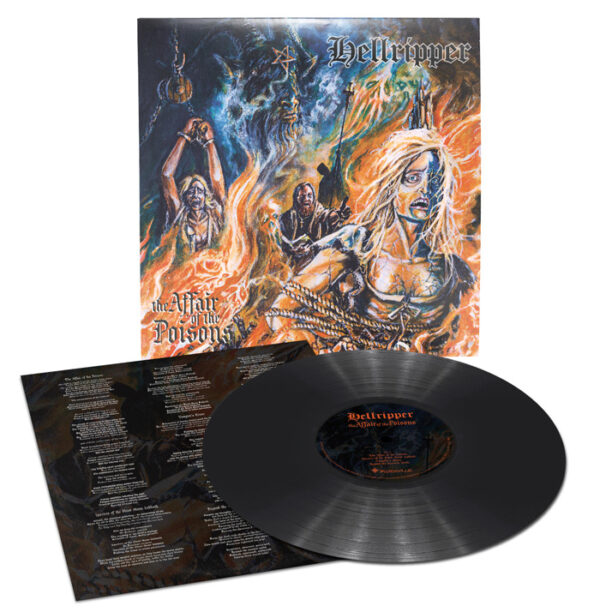 HELLRIPPER – The Affair Of The Poisons LP

The Affair of the Poisons was recorded and mixed by James McBain and mastered by Brad Boatright at Audiosiege (Obituary, Midnight, Nails).

The album title itself is based around a real-life 17th Century scandal of murder and witchcraft. The inspired cover artwork is by Skadvaldur.