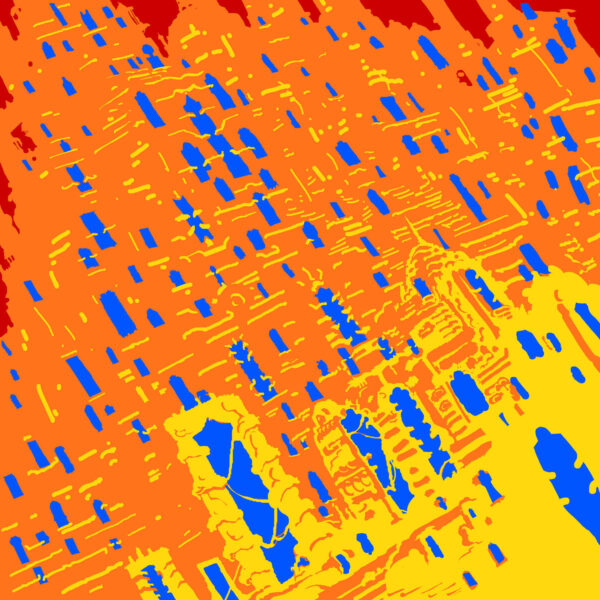 The first in a trilogy of limited edition vinyl LPs from Glasgow’s Headless Kross, Projections I finds them regressing a bit from the spacey out-there psych doom of Volumes, taking the bull by the horns, then tearing its heid right off with the savage caveman riffing of …Does Not Equal Time.

The record doesn’t give much space to breathe at all on the first side; Practical Mental Effects is a total smothering, ultra-heavy fucker and maybe the most brutal thing they’ve done so far.

Church Of The Fifth Season feels like the album’s centrepiece and offers a nice bit of respite; opening with a good few minutes of feild recordings and samples, bubbling under a power electronics sound that could’ve been lifted straight out an early 80’s Broken Flag tape. This gives way to a much more expansive tune than the two found on the first side, and it’s an absolute belter.

The Map Is Not The Territory closes the album and is built around repetitive, cyclical riffing with some lovely spacey, bluesy solo guitar over it that reminds me loads of when Boris used to be ace.

I find most sludge/doom/stoner to be totally fuckin boring if I’m honest but Headless Kross have been at this game a long time and know the score. Very chuffed to be working with such a top local band and can’ wait to get the other two volumes of this series out there!

100 copies, beautiful hand-assembled silk-screened sleeves with insert and stickered outer. When complete anyone buying all three records in the trilogy will be able to get a box to hold all three albums.