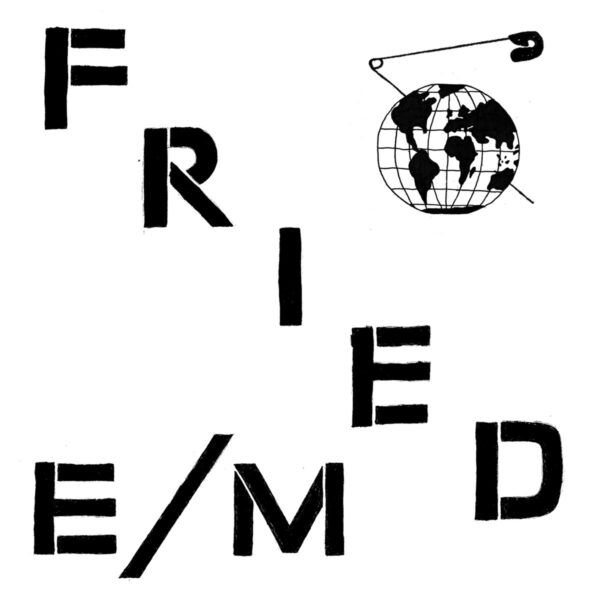 Fortysomething years after it crawled oozing and spitting out of the social turmoil of the mid-70s, punk has mutated in countless ways, sonically, aesthetically, politically, but on Fried E/M’s Modern World they drag it back into place as brute expression of ugly feelings crammed into short catchy punk bursts, sneering at conciliatory ideals on Peace and Love with the same energy as the Clash singing Hate and War, squealing with the nihilistic urge for oblivion on Lobotomy just as the Ramones did. Four decades later, we’re still struggling with ourselves, with society, and still ready to revel in the nihilistic teenage id that splays itself out on these eleven tracks of disaffected snot. Punk as its fundamental core, panicked snaps of self-loathing and anti-social rage blasted out raw and unfiltered, bricks and voids and violence, no second thoughts, no tricky questions, sounding like the point where the initial wave of punk was being ramped up into the inchoate hardcore of Circle Jerks’s Gorup Sex, The Middle Class, or like the Ramones did an entire album of songs like Warthog. (Joe Briggs)

Fried E/M hail from Missouri and are made up of many familiar faces on the Lumpy Family including the Lumpy himself on drums.