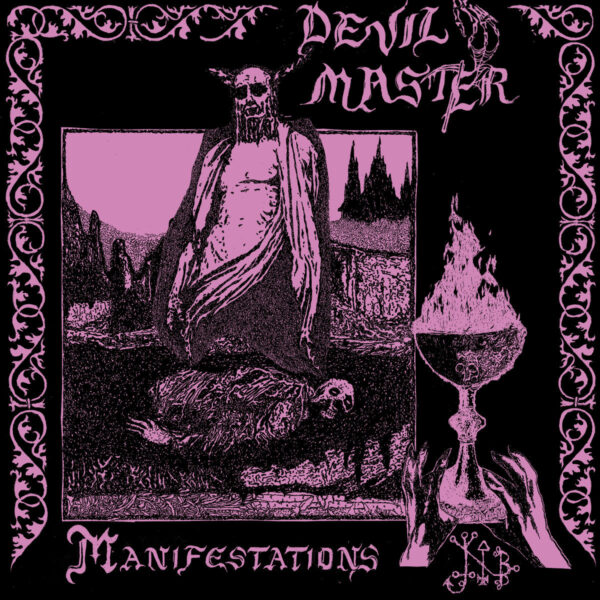 Devil Master is part of the growing wave of punk-metal bands forming in the northeastern US right now, who seem to combine the art-damaged aesthetics of Toxic State-style mid-2000s raw punk with old-fashioned NWOBHM, 1st-wave black metal, and 80s US crossover riffing. What sets Devil Master apart is their use of heavily-effected guitar tones, drenched in chorus as though they were lifted directly out of a Christian Death b-side. Imagine a bunch of former goth rockers locked in a filthy basement doing whip-its and attempting to produce a Bathory tribute album in between blackouts and head injuries.

The overall effect is one that alternates between seeming very original and unique at certain times, while also seeming like a fairly obvious play at combining two very trendy subgenres at other times (black metal and ‘goth’/death rock). Either way, the recording is good enough to let each instrument come through, and the songwriting is memorable enough to warrant repeated listens. It will be interesting to watch for a full-length and see if Devil Master has what it takes to rise above their influences, set themselves apart from their peers, and really make an impact within the growing punk/metal borderlands.