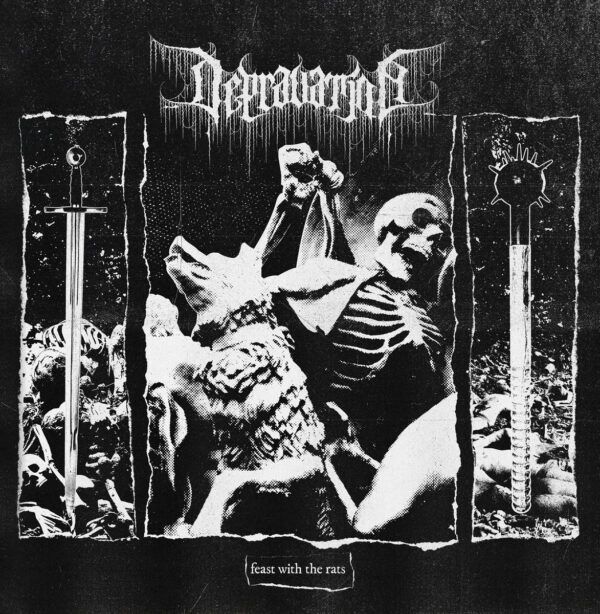 DEPRAVATION – Feasts With The Rats LP

DEPRAVATION plays a filthy mixture of hardcore, metal and crust. After their 2013 debut II: maledictvm”, the split with SLOWLY WE ROT showed the direction the band was heading to with the songs of their new release “feast with the rats”. The current material is heavily influenced by death and black-metal (the vicious BOLT THROWER and MAYHEM style, not the ambient, progressive… 3rd wave crap), spawning 4 loathsome tracks somewhere between despair and fury. They sound ferocious across this record is angry as hell – pure anger – a swirling mass of guitar and bass pinned in by some great drumming with vocals like a sand blaster. It’s a rush, from one end to the other. If you are into BLIND TO FAITH, HESSIAN or WITHDRAWAL, you should definitely check this rager out. Don’t worry about the genres – just feel the hate seething from this excellent mini-album. The one-sided, 180gr thick vinyl comes with a screenprinted b-side, a cover and inlay with incredibly blunt artwork by Gravedweller and includes a digital download card.