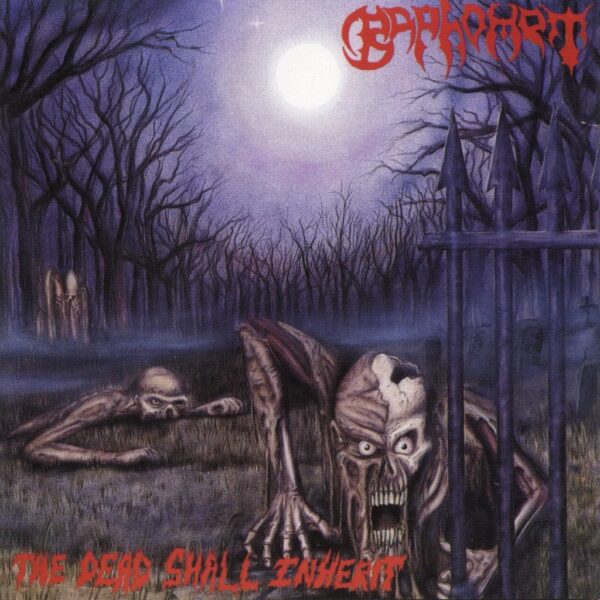 BAPHOMET – The Dead Shall Inherit LP

Beginning with their ‘Morbid Realities’ demo in 1989, Baphomet was formed in Buffalo, New York in 1987, and belonged to the celebrated early generation of US Death Metal bands.
‘The Dead Shall Inherit’ was their debut album, and was originally released by Peaceville imprint Deaf Records in 1992.
Immediately hailed as a cult classic, the band soon developed a strong profile, alongside fellow New Yorkers Suffocation and Immolation, for shaping the more brutal end of the Death Metal spectrum in the early 1990’s.
Baphomet later became Banished, whilst keeping the same line-up, and received further success with the ‘Deliver Me Unto Pain’ album which was released by Deaf/Peaceville Records in 1994 and has also recently been re-mastered and re-issued.