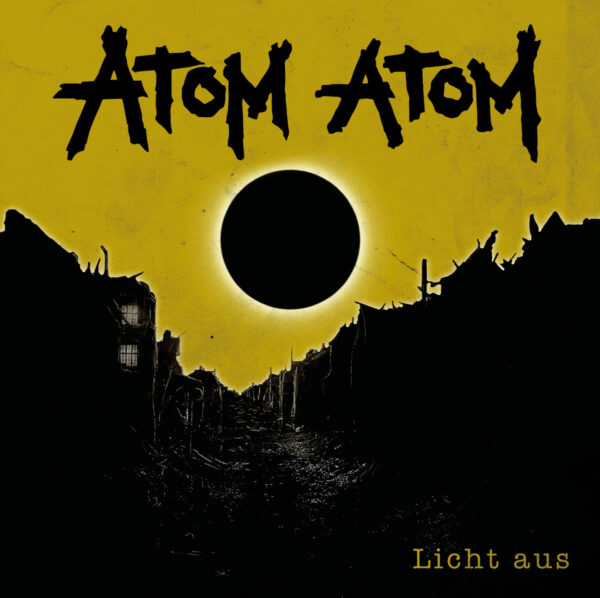 The debut album of the three Hamburg punks finally sees the light of day, only to be erased immediately.
LIGHT OFF! …but rumors are not good in the dark, because nothing is good and nothing will come true.
ATOM ATOM, disillusioned, hit the ground running and spread a cold atmosphere full of tension and horror. This is darkly played HC punk, which doesn’t stagnate in monotony, but comes along briskly and energetically despite the perceived depth.
In their German-language lyrics, the band reflects the insanity of a delusional reality.
While the rough and uncouth organ of the guitarist and singer Ros takes the path in the direction of HC punk, the bassist and singer Kante lends the whole thing a certain own brand with her echoing voice and the sudden appearance of melancholic melodies. An eerily beautiful undertone runs through the entire playing time of this LP.
Sawing guitar, booming bass!
Carried by a Mike’s powerful and continuously pounding drums, all this results in an incredibly driving sound, which harbors a latent coldness and spreads nothing but hopelessness, but totally bangs.
ATOM ATOM are out of character, the three have created their very own sound.

As an encore there is a cover song at the end that couldn’t fit this band any better and was implemented brilliantly.
The disc comes with an inlay and download code and is available in two different vinyl colors.