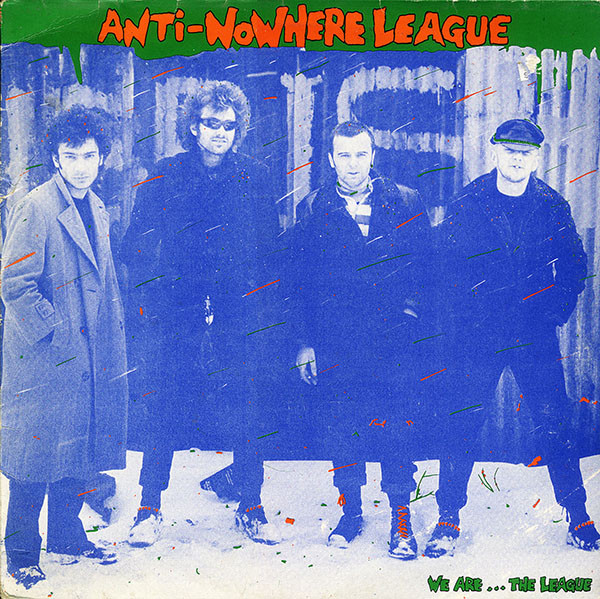 ANTI-NOWHERE LEAGUE – We Are The League LP

PNV Records reissue of the debut album by the Anti-Nowhere League, originally issued on WXYZ Records in 1982! Despite the obnoxious band’s reputation and the legal persecution that the group faced due to its obscene lyrics, the album remained No1 for many weeks in the independent charts and it became from its release day an instant UK Punk Rock Classic! Loaded with more piss and vinegar than one can almost handle in a single album, this is what most people think of when they think of classic Punk, the kind of Punk that frightened the squares, and parents and annoyed the authorities. The kind of album that throw on at a party and the house is sure to be destroyed by nights end.