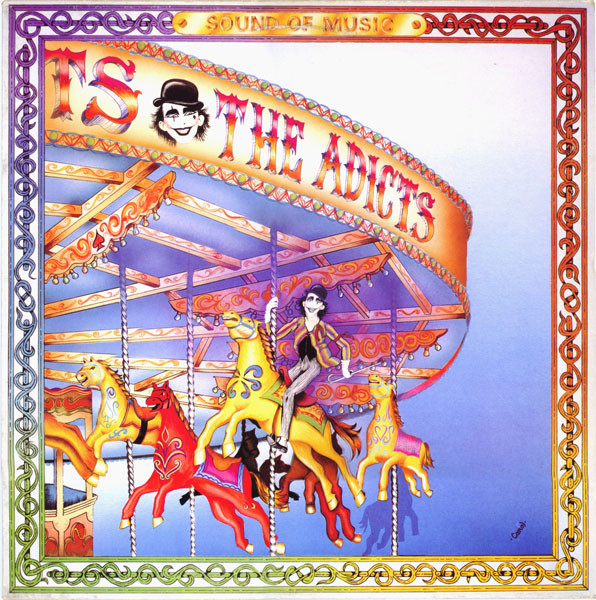 The Sound of Music’ may be one of the most underappreciated punk albums of 1982, while many great and genre defining and seminal albums were released that year few were released that were as fun and imaginative as The Adicts ‘The Sound Of Music’. It features classics such as ‘Joker In The Pack’, ‘Chinese Takeaway’ and ‘my Baby Got Run Over By A Steamroller’ just to name a few. It can be argued that is as perfect an album as there is.
comes with a poster and liner notes from the band.

For Fans Of:
The Ramones
The Undertones
RUDI
Buzzcocks
The Lurkers
Vibrators