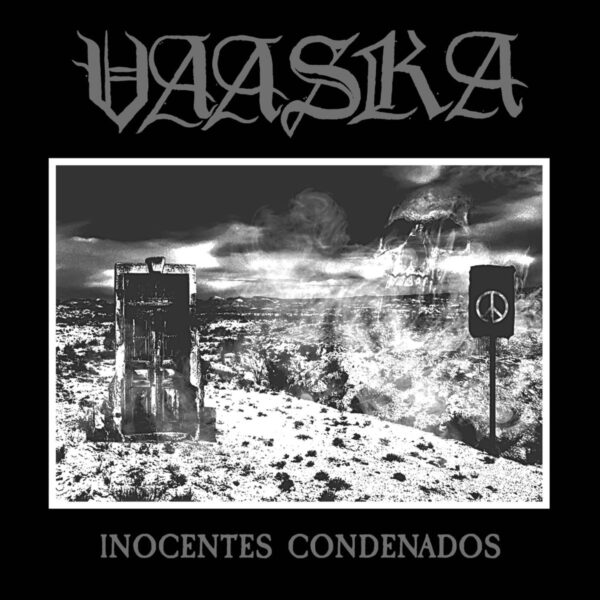 A lot has happened in the three years since the “FUTURO PRIMITIVO” EP dropped in correlation with the band’s 2016 Japanese tour and now VAASKA returns to a world that’s worse off with what could possibly be their final statement in the form of the “INOCENTES CONDENADOS” EP. Six tracks of smoldering D-Beat based hardcore punk which could arguably be the greatest recording session of their 10+ years as a band. Mastered by Kenko at Communichaos Media Clay Station in Sweden AKA exactly who you want to be twisting the knobs on a project like this. Each record comes in a Discharge style pocket sleeve with collaborative effort imagery by Todo Destruido, Jack Blackmon and Ryan Fromdeland. Limited to 500 copies.