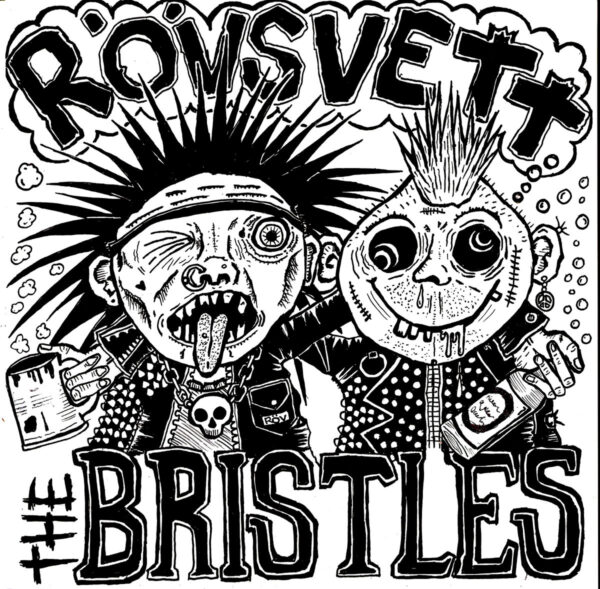 two of the oldest and still active Punk, Hardcore bands from Sweden on one slab of vinyl, this will become a classic for shure. No it´s not a re-release of old material, at end of the year 2017 both bands were recording new material for this split EP.

THE BRISTLES, started their career in the year 1982, within time the Eighties Oi influenced Punk, Hardcore of their early days changed into a more modern version of Skandi Hardcore. On their side of the EP they deliver four wonderful songs, fast political Punk music in the vein of the material of their Last Days Of Capitalism” album from 2015.

RÖVSVETT are a very longlasting Hardcore band too, they were formed in the year 1983 and are still one of the most hard-hitting Hardcore bands coming from Sweden. The bands´ trademark are the raw, raspy and very unique vocals which are supported by fast and aggressive Hardcore, Punk, not into the typical, traditional swedish style, RÖVSVETT are taking influences from old Eighties US Hardcore, Punk bands as well as influences from bands coming from their homeland to create a brew of relentless and fucked up music. Here you´ll get two new songs from the band, maybe some of their best recordings ever, really, really brutal material with powerful production that will satify their Die Hard fans for shure.