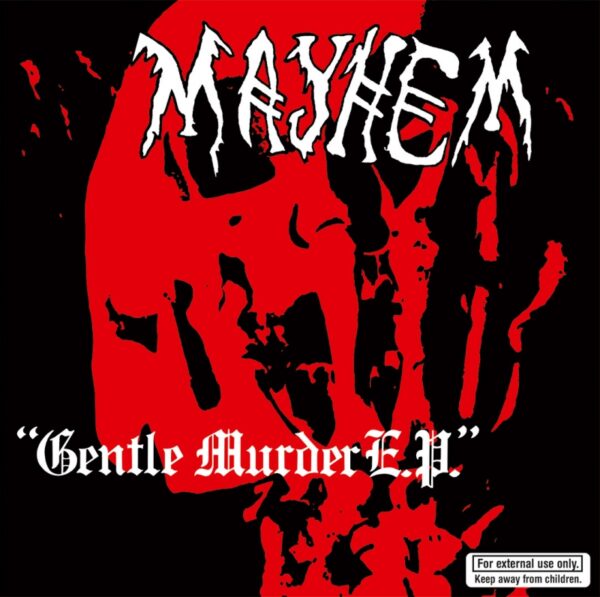 Official re-press of the 1982 hit album originally released on Riot City Records.
Mayhem from Southport in England offer a wacky and unpolished punk sound on this recording, which sets itself apart from the original GB punk of that time.
MAYHEM came from the environment of BLITZKRIEG and THE INSANE, with whom there were personnel overlaps. The band originally started out rehearsing with a bunch of buddies who stayed at the legendary Eric’s Club in Liverpool, where they often went to the Saturday matinee shows. MAYHEM existed from around 1979-1986, but released their last record in 1985.
The disc bangs out of the speakers with such chaotic energy that you just can’t sit or stand still, encouraging the destruction of precious things.
Put the disc on when you get up in the morning, it will ruin your day. This is punk.
First re-release since 1982, 100 discs in dark red vinyl!