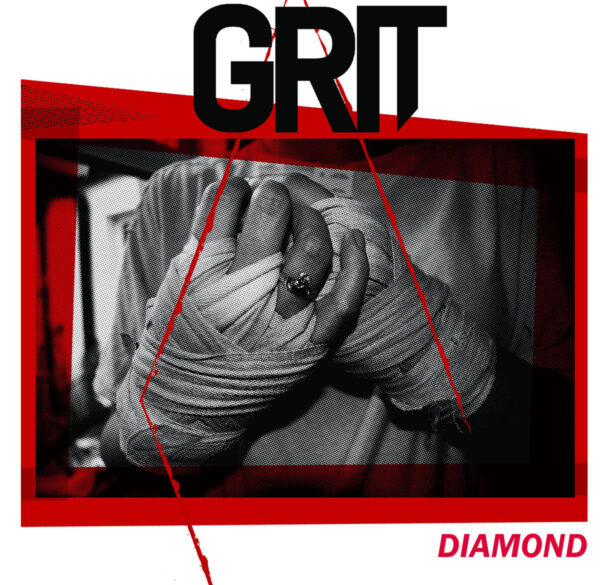 Dublins punchy melodic punks GRIT are back with ‘Diamond’ which will see GRIT swinging a couple of more hooks off their ‘Ghost Estate’ Demo all of which could not fit on the S/T 7″ EP released in early 2017. The remaining two tracks off ‘Ghost Estates’ demo, ‘Pauline’ and ‘Nowhere Else’ may have met their match with two more bangers to complete ‘Diamond’. For those unfamiliar with Dublins GRIT, this is Oi! influence melodic punk that is catchy as hell. As GRIT take influence from the likes of Camera Silens, Blitz and Syndrome 81 in sounds with Clodagh laying over vocals that have been compared multiple times to Preying Hands. With tracks dealing social and political struggles, loyalty and friendship GRIT are here with something to say and its hard not to listen when the songs are so catchy.

‘Diamond’ was recorded at the Hive with James Eager of Bacchus and mastered by Jean-Baptiste Meyrieux(Syndrome 81, Litovsk). Artwork was once again done by the marvelous Two Headed Dog (Rats Blood, Putrefaction)