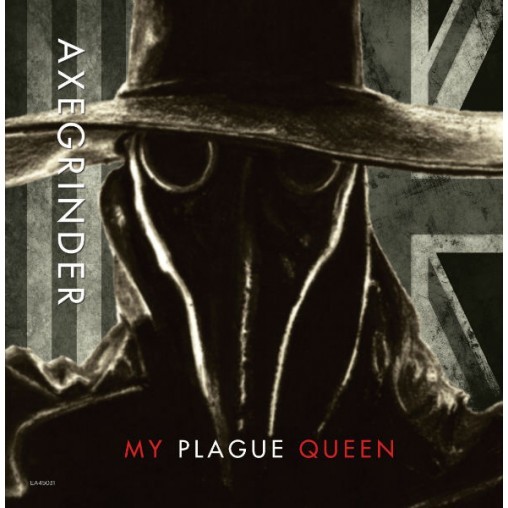 Forming in 2008, War//Plague have been one of the most dedicated and productive DIY punk bands for the last decade. With 10 releases to date  for these veteran Minneapolis punks!

War//Plague combine elements of crust punk with a barrage of attacking drum hits, apocalyptic guitar riffs and vocals that are focused on the worlds horrors, self-centered materialism and shallow consumer garbage. Punk is protest!

Initially a metallic crust punk band formed 1985/86 by Trev  and Matt (members of Stone The Crowz) and Jel and Steve  (both in The Proudhons).  Their crust/thrash style was influenced by Amebix, but has also been compared to both Motörhead and Venom.

In 1987, after the Axegrinder – Grind The Enemy, drummer Jel left and was replaced by Darryn for the Axegrinder – Live demo. The band then signed with Peaceville, off the back of their Squat Tape demo, where they released the track ‘Where Evil Dwells’ on the Various – A Vile Peace compilation, and then recorded The Rise Of The Serpent Men. Axegrinder also contributed two tracks to the Vile Visions compilation VHS, ‘Evilution’ and (new song) ‘Requi-Anthem’, both filmed at Queens Hall, Bradford, 1990, by which time Cliff Evans had joined the band. Axegrinder folded in 1991. While Evans formed death metal band Flesh. The other four members promptly formed Voivod-clones Wartech.

.”29 years after the release of the cult album Rise of The Serpent Men, Axegrinder are back to unleash a further barrage of their unique sound onto  the punk/crust genre.

Never afraid to experiment and explore new sounds My Plague Queen sees the band retaining the heaviness of old but developing beyond the Rise material. Some will like it and others will loathe it but the band were always about polarising opinion so…business as usual.”