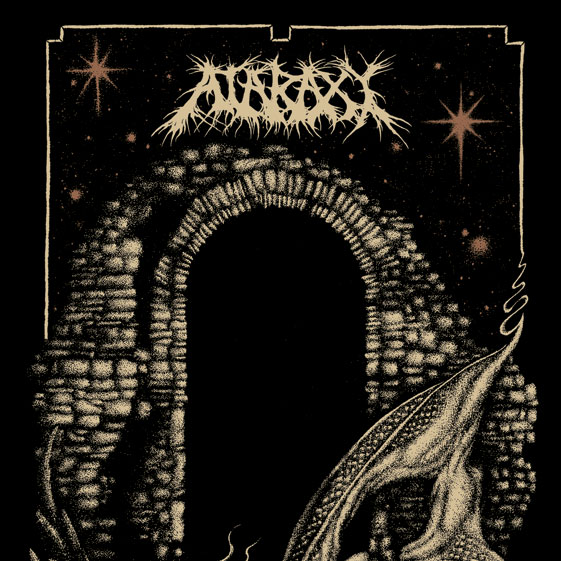 After 4 years finally a sign of evil existence from War Master ATARAXY from Spain. Two new great tracks waxified in a seven incher by Uk based Me Saco Un Ojo Records.
Expect nothing else than the classic ATARAXY vibe, that great blend between BOLT THROWER, BENEDICTION and ASPHYX. With this ATARAXY prove one more time to be one of the most representative act of the genre.

These utter tunes depict the lugubrious Wasteland of Terror and those Magnificient sinistrous Spectres who trascend the Rubicon.

In the bottom of the cover it’s reported MMXIV whilst actually this has been released just few weeks ago. Anyway the two tracks are not new at all as they are from the same session of the great debut full-length “Revelations of the Ethereal” lp12. They didn’t fit into the wax and so they are presenting them to the audience only now.

This is selling fast and it’s not difficult to understand why. Add this majesty to your collection, you wont repent.