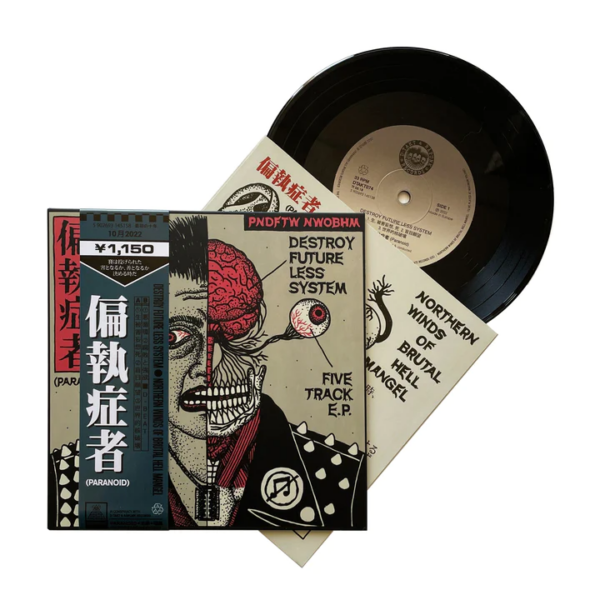 Destroy Future Less System 7” EP is back in print on its original format for the first time since its original release in 2014 by Konton Crasher. A violent metal-punk storm with cascading sheets of noise punctuated by thunderclaps of d-beat and quick lightning strikes of lead guitar.

“Burning on the edge of fast, the band repeatedly drops off and into powerful breaks and fulfills the style well, with dark mood and inventively squealing soloing guitar overtop”
– Maximum Rocknroll