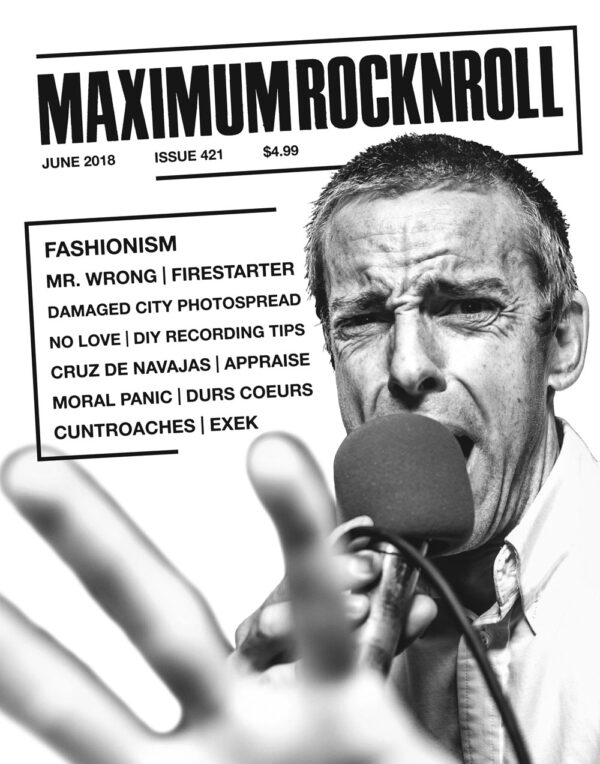 Hot off the press, it’s the latest Maximum Rocknroll! Our June issue, MRR #421, brings you the hot gossip on all your favorite bands. Vancouver’s FASHIONISM has a nun fetish, for example, while Berlin’s CUNTROACHES shit themselves onstage, and New York’s MORAL PANIC may have pissed the couch. Too scandalous for you? Read APPRAISE‘s opinions on the Spanish sXe scene and Catalan independence, Portland’s MR. WRONG on their social responsibilities as a band, Mexico’s CRUZ DE NAVAJAS discussing the femicides in their country, or Australia’s EXEK contemplating tomorrow’s lunch.