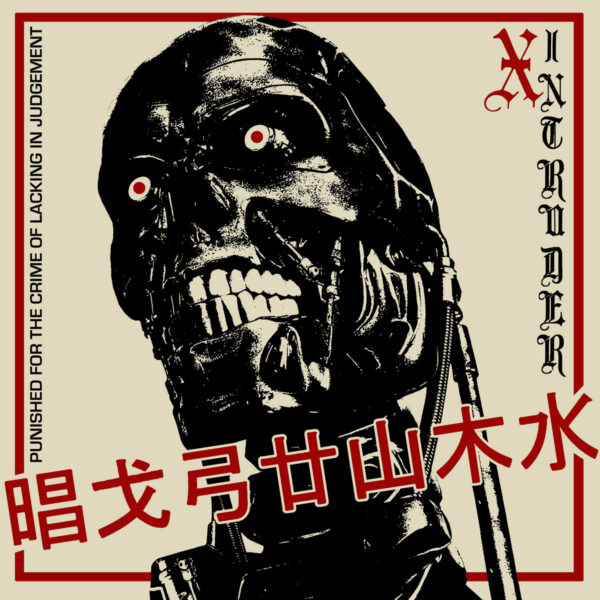 X​-​INTRUDER – Punished For The Crime Of Lacking In Judgement LP

After infinite custom problems (FUCK BREXIT) finally is here and complete the debut album from X-INTRUDER entitled ‘Punished For The Crime Of Lacking In Judgement’… 14 cuts of chaotic hardcore punk with LOST SOUNDS (rat brains and microchips era) feeling if it was a Hardcore record… like Jay Reatard playing UK82 with a NO TREND feeling. All by the mind and hand of my friend Marco Palumbo from UK and involved in infinite bands as THE GAGGERS and LA RABBIA. This is a colaboration between his great label No Front Teeth and Discos Enfermos limited to 329 copy with 109 of them on yellow mustard with alternative cover.

Our take: Debut release from this UK solo project. If I’m reading the description correctly, the person who is X-Intruder is also the owner of the long-running UK punk label No Front Teeth. While No Front Teeth has released a few bands I know and like (like Sick Bags), I don’t know much about the label, so I’m coming in without too many preconceptions. The description mentions Lost Sounds and I can hear that in the snotty, heavily accented vocals and the catchiness of the songs, but X-Intruder is much more hardcore. It sounds like there’s a lot of Plastic Surgery Disasters-era Dead Kennedys in X-Intruder’s DNA, particularly the overall dramatic flair and the East Bay Ray-like ability to craft memorable guitar hooks. My only complaint—though many people would see this as a plus—is that Punished For The Crime Of Lacking In Judgement is a bit long. While 26 minutes is a short full-length by any normal person’s standards, my frame of reference has been ruined by far too many 7”s and short-ass 12” 45s. If you’re a glutton for fast and catchy hardcore punk, though, this is what you want.