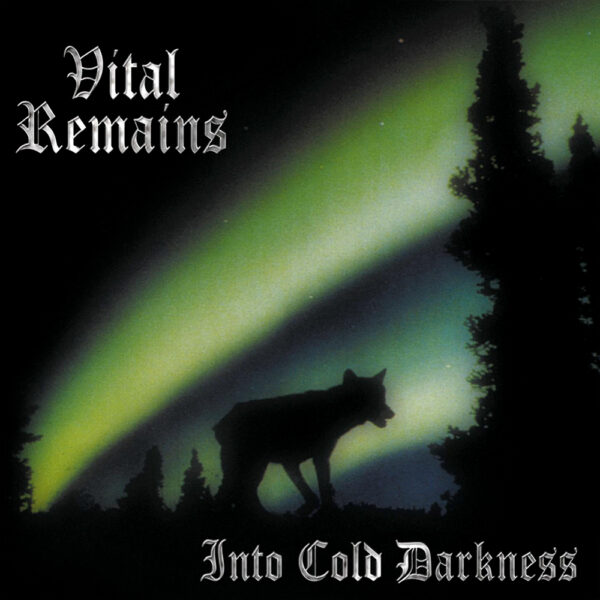 Vital Remains formed in 1988 in Providence. Rhode Island. Their influences included acts such as Celtic Frost, Venom, Bathory, Sodom, and Mercyful Fate, often lending the band’s sound a slightly more black metal edge on occasion compared to their peers. The band was signed to Peaceville Records for 2 albums; ‘Let Us Pray’ and ‘Into Cold Darkness’, and are still a prominent force in the death metal world today.
‘Into Cold Darkness’ was the band’s second studio album and was originally released in 1995. Resuming the brutal metallic assault established with 1992 ‘Let us Pray’, Vital Remains continued to evolve and establish their brand of blackened death metal and firm anti-christian stance with an album of arguably even more ferocity, aided by the generally higher tempos and inspired and intense riffing. With an air of satanic death metal running throughout, the album also contains cover versions of the classic black metal tracks ‘Dethroned Emperor’ originally by Celtic Frost, and ‘Countess Bathory’, by UK metal legends, Venom.
This edition of ‘Into Cold Darkness’ is presented on 180gm heavyweight black vinyl.