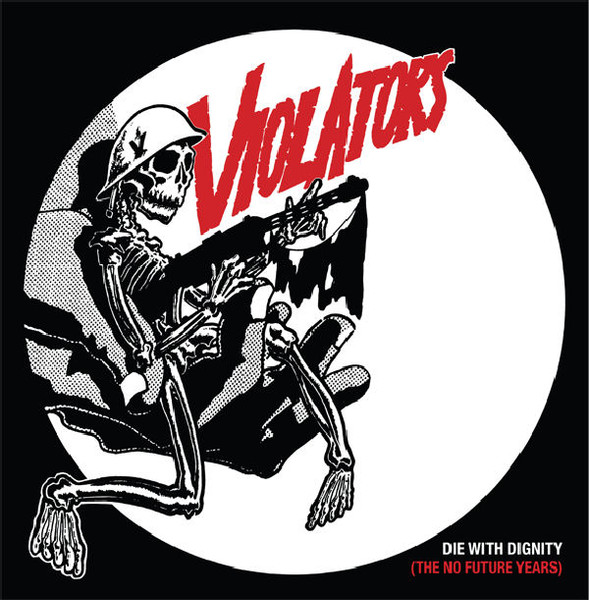 VIOLATORS – Die With Dignity (The No Future Years) LP

The Violators were part of the UK 82 punk wave that swept over the world, but even among all those legendary and influential bands they stood out. The dual vocals of Sean ‘Cess’ Stiles and Helen Hill gave them a unique sound that made them stand out among many of their peers. They combined the buzz saw guitar Punk sound and youthful rebellious energy of 82 along with darker varied elements of Post-Punk. It was this pairing that makes their sought after singles recorded for legendary UK label No Future so great. Puke n Vomit is releasing for the first time domestically their entire No Future discography, the compilation LP collects all the 7″ singles and their 12″ EP released between 82-83 along the three track demo recorded by Taboo a short lived Post-Punk formed by Helen and Mark Coley after the disbanding of the Violators.