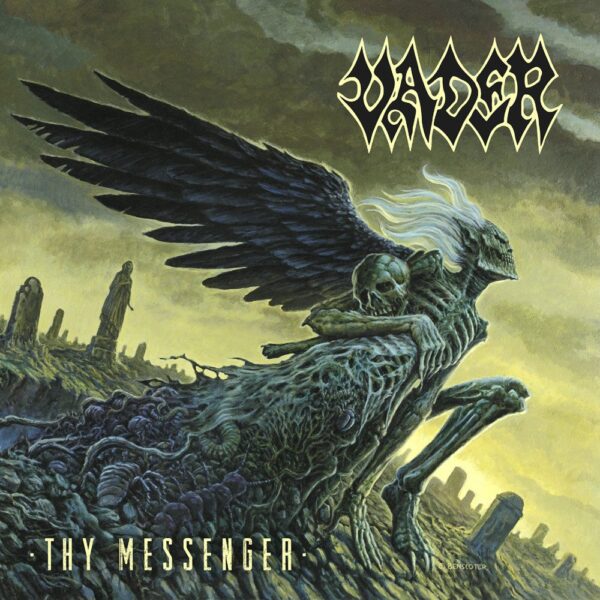 The polish death metal force VADER are currently re-arming themselves; after an armistice of more than two years, the “Thy Messenger” EP will bring back the thundering dark clouds of war in May, and it’s only the harbinger of an even greater, more monumental thunderstorm, that will rise in the sky in late 2019.

The EP contains five tracks with the power for infernal destruction, among them a heavy cover of the classic JUDAS PRIEST song ‘Steeler’, and a new version of their uncompromising song ‘Litany’.

This new merciless EP was recorded in Hertz Studio in Bialystok under supervision of the Wieslawski Brothers, while the sinister cover artwork was created by none other than Wes Benscoter, who also created the cover for VADER‘s “De Profundis” LP and already worked with other metal-giants like SLAYER, KREATOR and SINISTER.

Be the first to review “VADER – Thy Messenger LP” Cancel reply