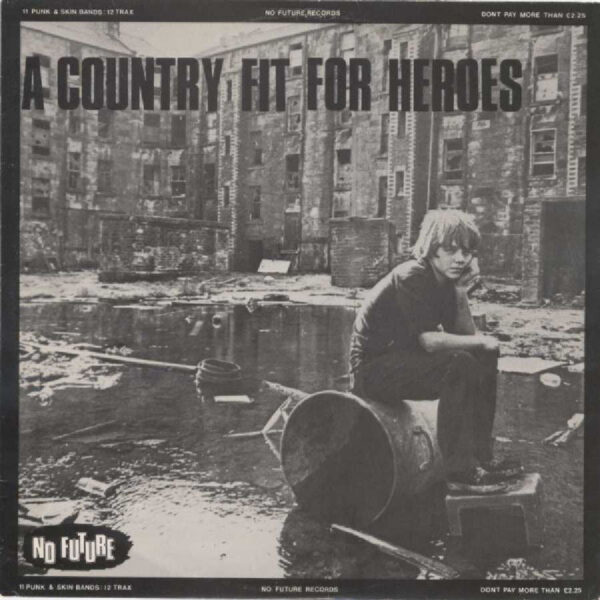 Repressed for the first time since being released in 82, Puke n Vomit is releasing both volumes of what are now considered essential slices of 82 UK/PUNK/Oi! from the legendary No Future Records.The comp feature many exclusive and rare early demo versions of tracks from well known scene defining bands such as Violators, One Way System, Attak, Crux along with other obscure and lesser known bands such as Pseudo Sadists, Chaotic Youth, Protest, Hostile Youth among others.

comes with a poster.

Be the first to review “V/A A COUNTRY FIT FOR HEROES – comp. LP” Cancel reply