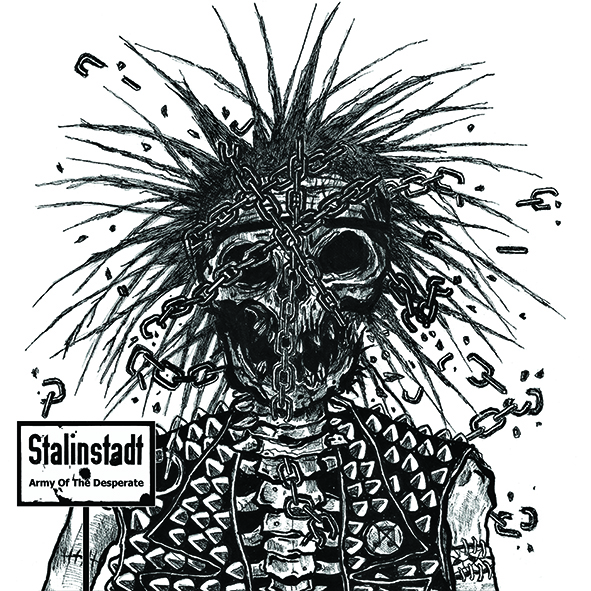 Stalinstadt hail from Berlin City featuring Alex of Disease (Macedonia) on Guitar, Per of Giftgasattack/Warvictims/Absurd SS (Sweden) on bass, Igor of Electric Masochists/Kärzer (Berlin) on the vocals and Toda of Earth Crust Displacement/Svart UT/Peacebastard/Absurd SS (Berlin) on the drums. Recorded in may 2022 after one rehearsal in infamous catacombs of Köpi 137 Squat Berlin by Johnny. 6 tracks ultrabrutal D-Beat Raw Punk Violence with russian lyrics. Lüger from Zagreb deliver another 6 tracks in exactly the same vein, heavy influenced by Giftgasattack and the likes incl. a cover of MOB 47. Their 2nd release after the Demotape. If you are into japanese and scandinavian Raw Punk Mangel, DIS iz for you.

UP THE WORLDWIDE RAW PUNX!