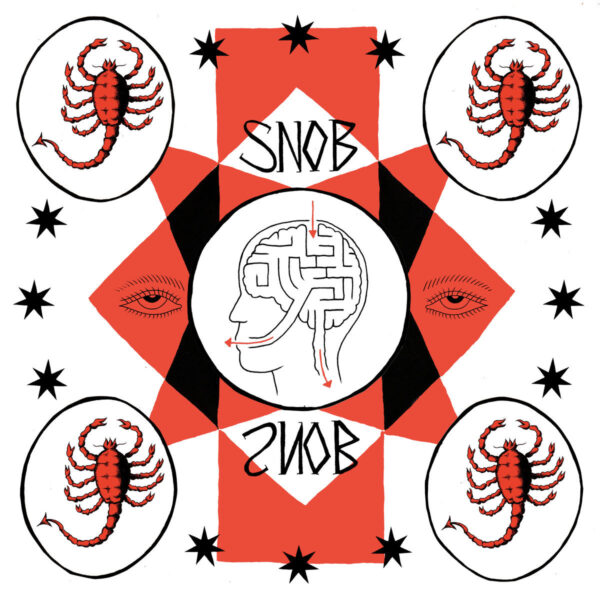 SNOB have snarled around the local London scene since 2014, leaving a trail of two self-released 7 inches and adulation in their wake. It’s now the year 2018, and SNOB finally bring us their fully fledged follow up of tense hardcore punk that’s characterised by frantic snotty dictation, agitated guitar lines and pummelling rhythms. The ten songs on the self-titled 12” are filled with disparities – sneering hi-energy, sentient meat and potato, adroit silliness, agitated apathy – creating a bleak and angry sonic force. The whip-smart whip-short lyrics are almost a poetry-to-arms that rails against all of the absurdities of modern living. To these ears, SNOB is like if you left YouTube tabs of ICONS OF FILTH, PENI, NOG WATT and JETSET/ BLOEBAD all playing at once, and it somehow sounded wonderful.