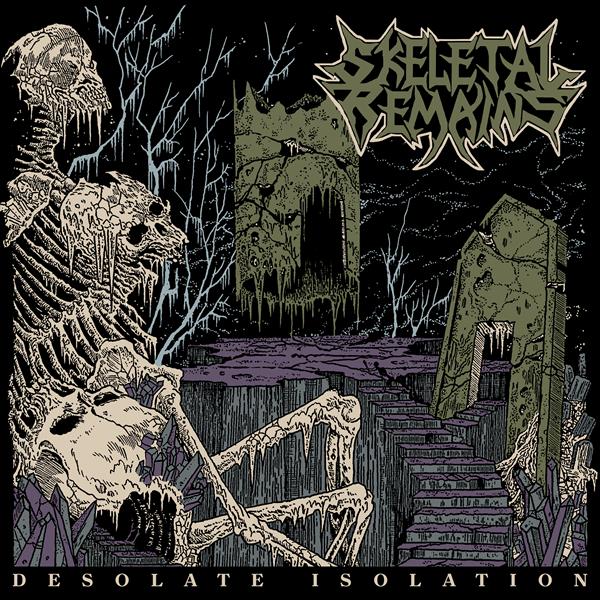 Founded in 2011 Califonian Death Metal force SKELETAL REMAINS quickly evolved into one of the new driving forces within the hard-contested Death Metal landscape after releasing four powerful studio records. To celebrate the bands 10th anniversary Century Media releases something special and reissues the 2011 “Desolate Isolation” demo tape on 180g vinyl including various bonus content (4 “live in Tokyo 2016”-tracks, 3 bonus tracks) compiled from one decade of SKELETAL REMAINS band history. Featuring a brand-new artwork by Mark Riddick this release is the definitive SKELETAL REMAINS collectors’ item for every die-hard fan out there. “Desolate Isolation – 10th Anniversary Edition” will be re-released on May 21st and will be available as black LP and on all digital platforms.