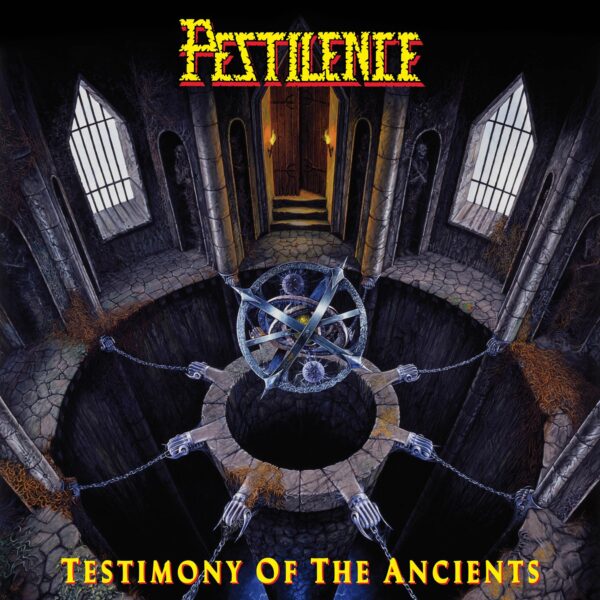 PESTILENCE – Testimony Of The Ancients LP

An iconic landmark album within Death Metal. “Testinomy of the Ancients” gets the well-deserved reissue!
Two years after releasing one of the best death metal albums ever to surface from The Netherlands, Pestilence hit jackpot again with their 1991 album “Testimony Of The Ancients”. The biggest differences with their previous effort “Consuming Impulse” are simple: The production is more clean, short intermezzos between all the songs, the average pace is lower and Patrick Mameli has taken over lead vocals.
Pestilence has had a well-deserved place in the first wave death metal elite, mentioned in one breath with the likes of Death, Sepultura, Cynic, Atheist and the likes. Rightly so, because their progression up untill this album is comparable to, say, Carcass. With every album they developed their sound so no release sounds alike but still stays Pestilence undeniably.