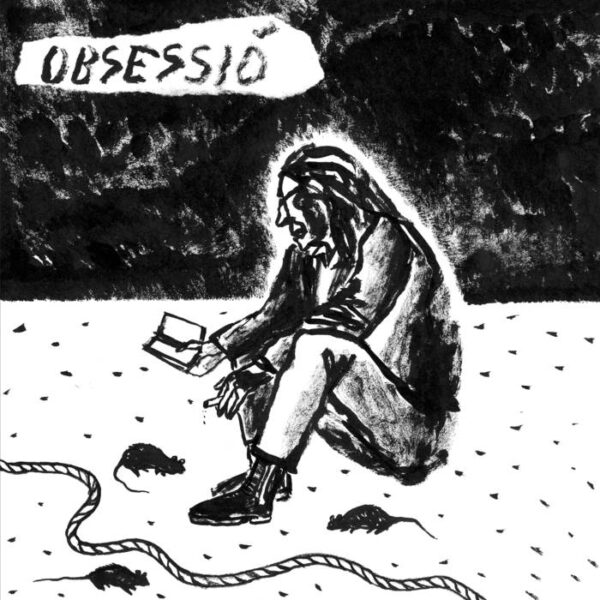 OBSESSIÓ’s debut is a blast of crude hardcore. Formed during the extremely dark times of August of 2018 and based between Athens and Barcelona the band first statement is an 8 track 12” at 45 rpm which knocks you down with the first chord. Kindly indebted to the living legacy of TOTALITÄR, CRUDITY and other Nordic Beat greats while keeping an unmistakably modern swagger. Breakneck pace and musical manufacture care of three Greeks who have set the stage for Angela’s no doubt bleak summary of the world, whose distinctively intimidating and minimal powerhouse voice crashes across OBSESSIÓ’s music. No songs over 2 minutes, no frills or tricks, no contemplative pondering on delicate matters, and  most of all no fucking melody.

Recorded, mixed and mastered at Ignite Music Studios in Athens. Sleeve designed by the greatest Teodoro Hernández who effortlessly captures the bleakness and rage contained in this PUNK 45 RPM 12”.

Be the first to review “OBSESSIÓ – s/t LP” Cancel reply