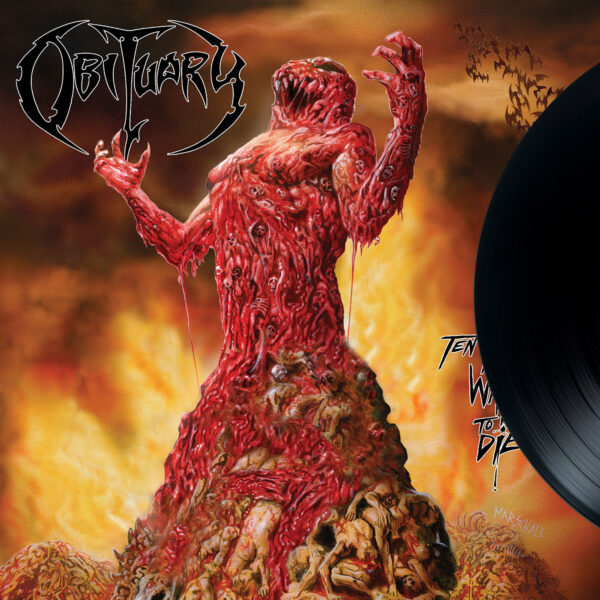 Death metal legends OBITUARY return with Ten Thousand Ways To Die, a special two-song single containing a pair of brand new studio tracks plus a bonus live set of twelve classics and fan favorites from the band’s storied catalog! Recorded in eleven different cities during the band’s highly successful 2016 Inked In Blood world tour, the live tracks capture the incredible performances of a band that has stood atop the death metal pantheon for almost 30 years. Ten Thousand Ways To Die is sure to satisfy new and die-hard OBITUARY fans and will quench the bloodthirst of listeners until the band’s new album drops in Spring 2017.