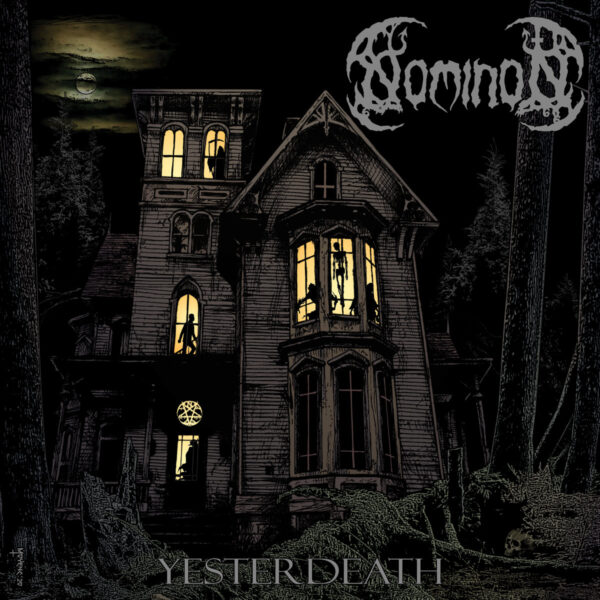 When it comes to old-school death metal, it hardly gets more old-school than NOMINON! Formed back in 1993 in the Swedish city of Jönköping, the band has remained active ever since, (apart from the period of 2015-2018, when they took a small break), carrying the flame of the underground, most extreme metal in Sweden. This career granted them five studio albums and countless 7” releases, spawned 27 years of underground death metal loyalty and extreme music worship… And now is time to count those rare & cult 7” EPs. “Yesterdeath” gather, in one release, all those rare and devotion-demanding songs that Nominon put out throughout the years via smaller underground labels and long sold out editions. A dozen tracks that can hardly be found available anywhere else these days, and which show evidence that Nominon are the epitome of old-school death metal, in Sweden and abroad. “It feels killer to finally be able to present a collection of all Nominon 7” EP’s between 2003 up to 2014, that includes only original material, no cover songs, etc”, drummer Perra Karlsson states. “Since the re-start of the band back in 2018, we have slowly been writing new material, that we certainly hope we’ll be capable of presenting to you all in 2021. Until then, crank up the volume and enjoy this piece of Death Metal history!”

Be the first to review “NOMINON – Yesterdeath LP” Cancel reply