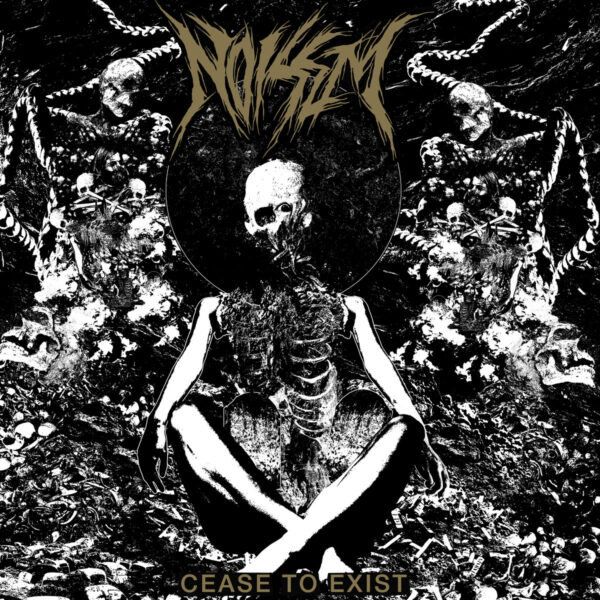 Baltimore’s Noisem return from the dead with their third LP ‘Cease To Exist’; leaner, meaner, with a new label and new life. After heavy momentum with second LP ‘Blossoming Decay’ and subsequent touring including the 2015 Decibel Magazine tour supporting Carcass, Gorguts and The Black Dahlia Murder, the band seemingly disappeared only to re-emerge in 2018 in new form and ready to resume their place among the most promising young bands in Metal.

Keeping with the tradition of the most classic grindcore albums ‘Cease To Exist’ is an immediately aggressive attack of confrontational energy, pushing the pace with a withering ten tracks over 22 minutes. An eruption of grinding blastbeats, unceasing Death-thrash riffs and an acidic vocal snarl to rival prime Jeff Walker, ‘Cease To Exist’ quells any notion that Noisem would ease up with time. If anything the band’s third LP is their most seethingly vicious inwardly dark yet.

Far from being a typical grindcore record ‘Cease To Exist’ is a cacophony of grind / death / thrash / punk / hardcore / seamlessly blended, blistered and set on fire . Having now re-emerged with a furious new album and live actions, with ‘Cease To Exist’ Noisem make a full circle statement of intent; a savage declaration in the face of an ever more bleak future.