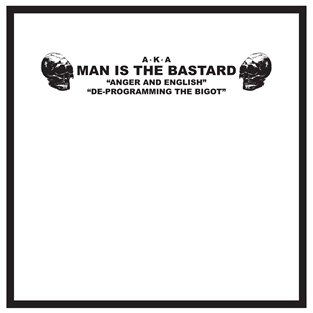 Man Is The Bastard/Pink Flamingos split 7 and the double 7″ record set Anger And English repressed and recut on one raging 10″! Pre-order available now! Transparent purple wax for mail order only!
Limited ten inch vinyl pressing. For Man Is the Bastard, the years of 1994/1995 were critical years in the bands development and output. Among many releases they documented : two from this time period stand out as prime examples of their cutting edge sound and philosophy : the Man Is the Bastard/Pink Flamingos split seven inch EP (titled “Under The Surface/Smashed Visions”) and the double seven inch EP set Anger And English featuring Campaign/Factory/Man Is the Bastard/Scapegrace. Now these two contributions by the band have been remastered, re-cut and re-pressed in all their glory onto a single 10″ 45 rpm EP.