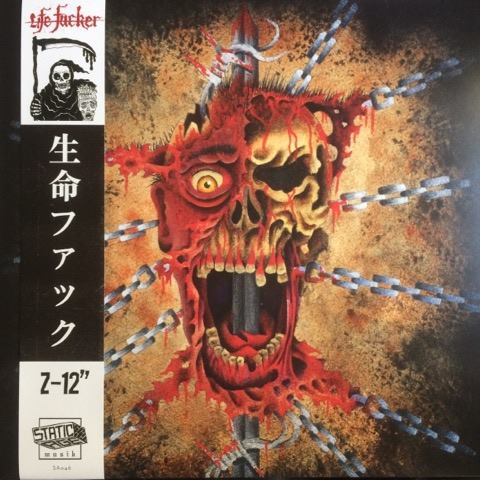 Just when you thought these primates looked like they’d hit the evolutionary ceiling, they emerge from the marshlands with ‘Z’ to reveal themselves as the missing link between the Sexual, Destino Final and Chaos Z that’s been puzzling discogs junkies and pit warriors alike for decades. ‘Z’, the first initial of LF vocalist Kalo’s single biggest costume influence (Zorro) and also the name of this new release, this cut is primal but not primitive, the sound of a seasoned pack indulging in their instincts. Comes with A 2 double sided poster and Obi Strip.