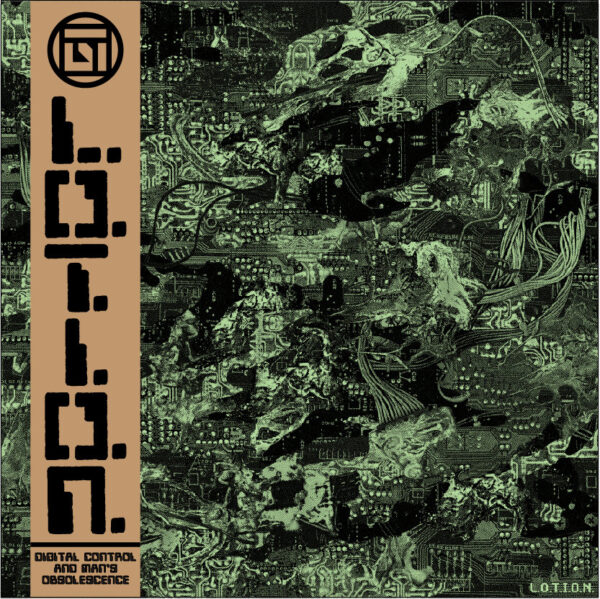 Following two barebones and blown out cassettes that in no way represented the intensity of their live show, L.O.T.I.O.N. finally has a record as a full band. If you’ve never seen the band, they have been described as Nitzer Ebb meets G.I.S.M. at one point, though I find that a bit too vague. It’s definitely heavily industrial influenced (thanks, Emil on drums and triggers), but it’s still definitely punk. Try this: imagine if Gizz Butt formed the Prodigy in 1984 instead of just joining them in the late 90s as a live guitarist. Ok, that probably made no sense to you, so just take it from me that it’s a phenomenal record. Highest recommendation!

Our take: It seems like I say it every time I new punk record comes out of New York, but the punks up there just consistently keep moving forward, pushing the envelope, and remaining interesting. I’ve been wondering for a while why there hasn’t been a really good hardcore punk band with a drum machine (aside from Doses, who are pretty good), and here come L.O.T.I.O.N. to change the game. Any time you play punk rock with a drum machine it’s going to sound at least a little like Big Black, and L.O.T.I.O.N. do indeed sound kind of like Big Black, but much harsher and more industrial sounding… you can certainly tell they have more than a little bit of Ministry and Nine Inch Nails in their DNA, but of course they’re much gnarlier and more punk than either of those bands. When I first listened to this on Bandcamp I wasn’t exactly blown away, but once the needle hit the vinyl it was all over… I was in love. I’m not sure if it’s the vinyl mastering or what, but this is aggressive and punishing in a completely transcendent way on vinyl that doesn’t seem to come across as well on the digital version as well. And, as many people have already noted, this is perhaps the strongest Toxic State packaging job yet, with its swank orange-and-green color scheme, screen printed sleeve, obi strip, and large poster insert. You should know by now that I consider anything on Toxic State a mandatory purchase, but this one is particularly worth your while.