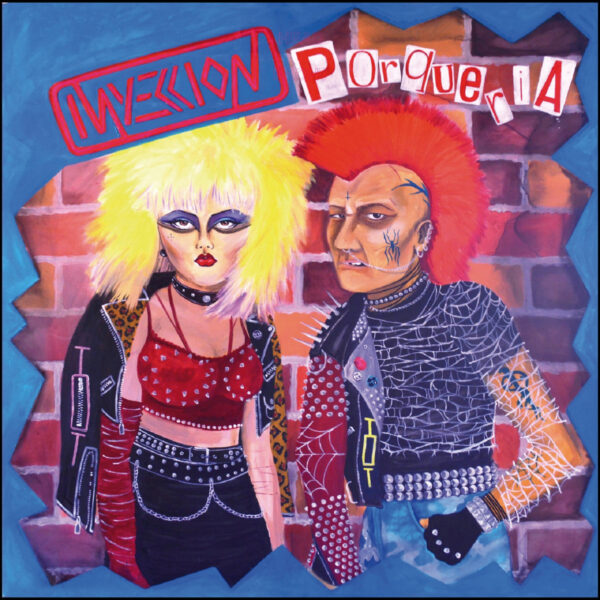 At last, the long-awaited vinyl debut of the band created between Temuco (Chile) and Buenos Aires (Argentina) INJECCION. After their debut demo and an ep cassette in this full-length, themes of these are re-recorded and new themes are provided in a sound explosion of the perfect fusion of Japanese noise/pogo punk with British Uk82/Streetpunk and the crudeness of Latin rawpunk. Tupa-tupa drums following some razor-sharp guitars that stick like a needle in the eardrum and a solid bass reinforced by the raw and violent voice of the vocalist. It’s as if GAI were playing songs from EXPLOITED in the neighborhood of Lo Espejo in Santiago de Chile. 11 songs plus a surprise song of pure crudeness, rage and punk aggressiveness from Latin America.

Be the first to review “INYECCIÓN – Porqueria LP” Cancel reply