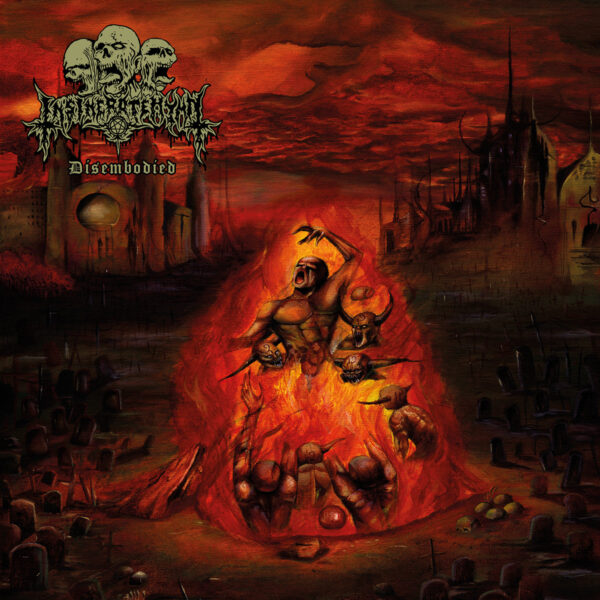 At last, that arrives with Disembodied, INSINERATEHYMN’s second album. Clearer, cutting, and more crushing, Disembodied doesn’t so much as dispense with the previous album’s style as it simply sharpens it to a dangerous degree. Indeed, INSINERATEHYMN give a masterclass in ’90s death metal, from the spiraling vortexes of early Tampa to the sewage to come from New York, on to eerie emanations from Europe and the dissonance at the dawn of the new millennium. Naturally, the band bend those classic tropes in a variety of ways, all of which bespeak their own identity: scuzzy, slicing, clanging, angular, brutal beatdown, ignorant stomp, or just straightforward killshot – no weapon is left aside. Simply, Disembodied is a death metal record for death metal maniacs, by death metal maniacs who understand and appreciate the rich-yet-codified history of the genre.

Graced with amazing cover artwork courtesy of Edgar Roldan and utterly throttling production, INSINERATEHYMN are prepared to ascend the throne with Disembodied!