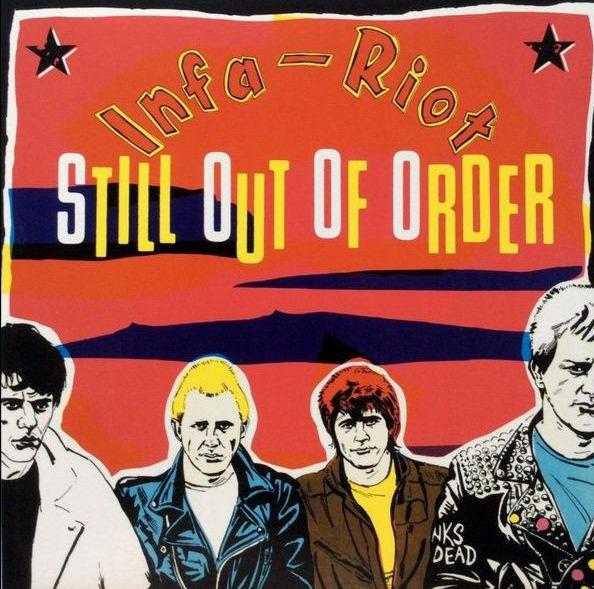 Originally released in 1982 on Secret Records. Hailing from Wood Green in North London in 1980 the band quickly grew in popularity releasing two singles and appearing on the now legendary Strength Through Oi! compilation in May 1981 and follow up compilation Carry on Oi later in 1981. This lead to their 1982 debut album ‘Still Out Of Order’, that spent four weeks in the UK Albums Chart reaching number 42.

The album is a blitzkrieg assault of 82 UK Punk/Oi!, it kicks off with a cover of the Girlschool classic ‘Emergency’ and does not let up.